The Church’s Discipline as to Fasting and Abstinence
from St. Augustine’s Prayer Book 16th Edition, 1964

Webmaster’s Note: The following is from Saint Augustine’s Prayer Book and is a treatise on fasting and abstinence. We offer this Tract because of the directives of the 1928 Book of Common Prayer, which identifies specifics fast days, “on which the Church requires such a measure of abstinence as is more especially suited to extraordinary acts and exercises of devotion” (BCP, page li).

For the sake of simplicity, “Abstinence” lowers the quality of food (usually by not eating meat) and “Fasting”lowers the quantity, and usually means not more than a light breakfast, one full meal, and one half meal daily each fast day. That’s the “short of it.” For the “long” of it, the following is offered.

Fasting is a Christian duty. In modern times it is customary to distinguish between abstinence (in which the quality of food is lowered, usually by not eating meat) and fasting (in which the quantity of food is reduced as well) although these terms are sometimes used interchangeably. The discipline “which the Church requires” is widely recognized to be the following:

Rules of Fasting and Abstinence 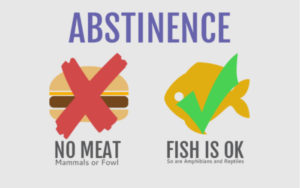 1. Abstinence from flesh meat on Fridays throughout the year (except those falling on Christmas or Epiphany or between those feasts).

2. Fasting, usually meaning not more than a light breakfast, one full meal, and one half meal, on the forty days of Lent.

3. Fasting with abstinence on Ember Days, on Wednesdays and Fridays in Lent, and on Easter Even up to noon, at which time Lent is commonly held to end and Eastertide to begin.

Those who cannot choose their food (soldiers, certain employees, etc.) should eat what is set before them, although they should welcome the opportunity to observe abstinence. (It is understood, however, that in tropical countries, where meat is heard to obtain and therefore not an ordinary part of the diet, abstinence is commuted to some other form of discipline than going without flesh meat.) Illness, old age, extreme youth, and heavy manual work excuse from fasting, but the major Fast Days of Ash Wednesday and Good Friday, as the American Prayer-Book indicates, are stricter in obligation, though not in observance, than the other Fast Days, and therefore should not be neglected except in cases of serious illness or other necessity of an absolute character.

The desire to imitate the stricter fasts of previous ages, or of saintly ascetics such as the Tractarians, may be a moving of divine love, or sometimes it may be a love of singularity. But since the practice may be unwise, it should never be undertaken without consultation with a competent spiritual guide.

However, certain Vigils, formerly of obligation but no longer listed in the American Prayer-Book, may commendably be observed by fasting and abstinence, in honor of the labors of our Lord and His Saints, as:

Fasts of Devotion
1. Christmas Eve
2. Vigil of Pentecost
3. Vigil of All Saints

Easter Even is a Vigil, but is not listed as a Fast of Devotion because it is normally observed as a Lenten day of fasting with abstinence up to noon, at which time, according to the usual reckoning, Eastertide begins.

The Eucharistic Fast
The fast before Communion is not primarily an act of penance, but one of homage to our Lord, in order to receive the Blessed Sacrament as the first food of the day. It is normally a strict fast from both food and drink from midnight. At the Midnight Mass of Christmas it is natural and reverent, though not of obligation, to fast for some hours beforehand. No fast before Communion is required of those in danger of death. (And this is held to justify some relaxation in the case of those on active duty in the armed forces, for whom the fast from midnight may, if necessary, be replaced, according to widespread practice, by one of two to four hours, under the authority of Chaplains or others ministering to those involved.) Liquid food may be allowed to those seriously ill, or to those bed-ridden for over a month, but in such cases, no one should presume to “dispense himself,” for the Priest who dispenses the Sacrament is the guardian of the Church’s requirements, from whom a formal dispensation should ordinarily be sought.

Since the eucharistic fast is not penitential, it is not understood to prohibit smoking. However, common sense and good manners ought to regulate those things which do not fall within the formal regulations of the Church, such as smoking, the use of lipstick, propriety of dress, and personal cleanliness.

There is no law of the Catholic Church as to what hours of the day or night the Eucharist is to be celebrated. The law concerns only the fast before Communion, and thus the hour for celebration must be set according to the ability of the Celebrant and Communicants to fast from midnight previous to reception. Hence there is no justification for celebrating the Eucharist in the afternoon or evening, except those unusual circumstances indicated above, which may, by permission from the proper superior authority, excuse from the normal observance of the fast, namely, imminence of death or danger thereof, or absolute impossibility of normal reception of the Holy Communion. 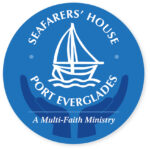 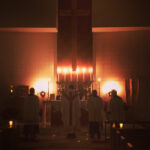 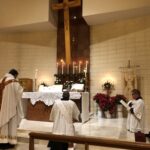